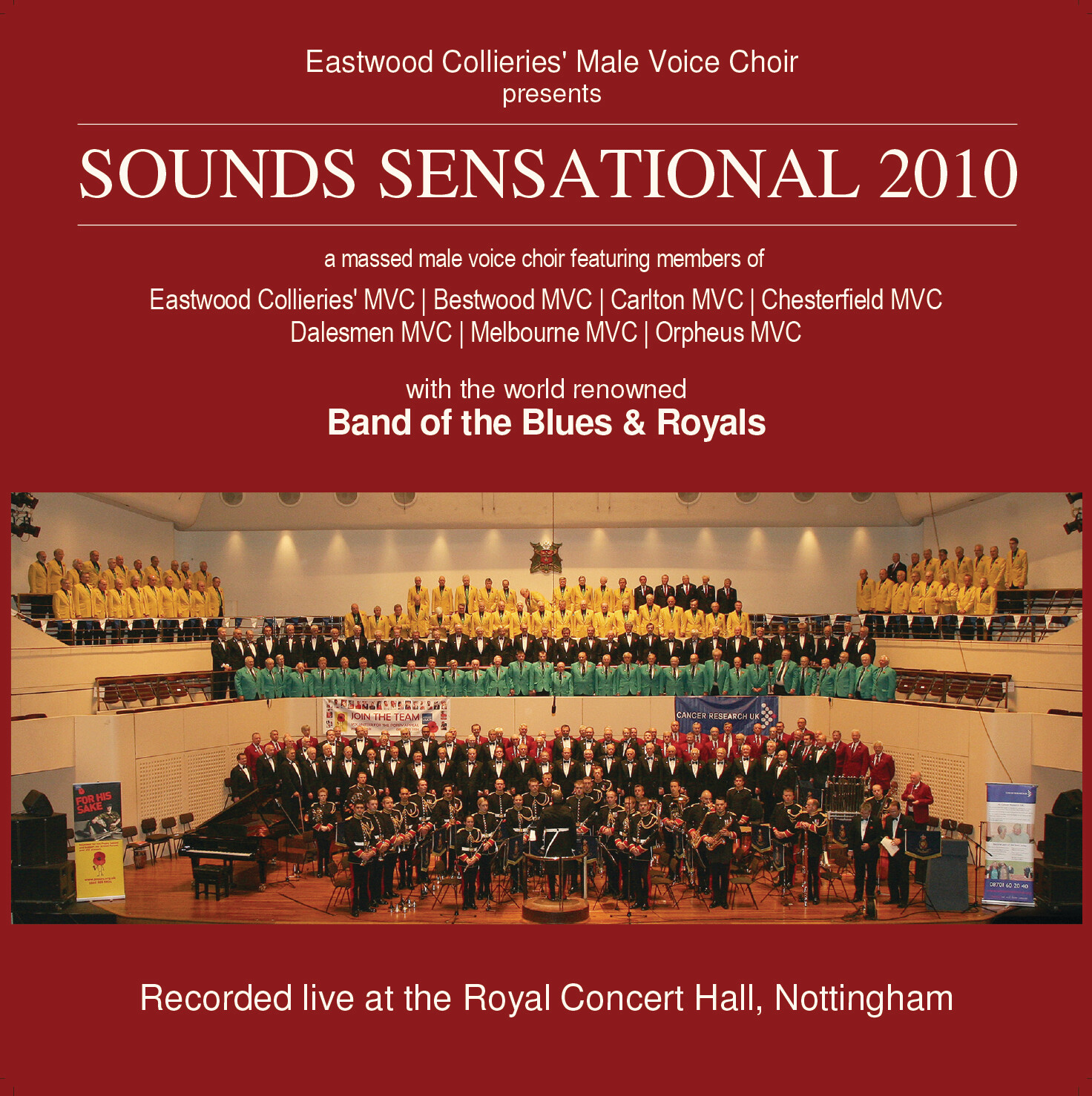 SKU ECMVC1101
£4.00
In stock
1
Product Details
After Sounds Sensational made its debut appearance at the Royal Concert Hall in Nottingham in 2008, such was the clamour for a repeat performance that planning was soon underway for the next one.
A truly memorable evening was had by all who were there. And with this double CD you have the chance to experience the concert pretty much in its entirety, allowing you to either re-live great memories or to feel something of what it was like to be there.

We were honoured to have with us the world renowned Band of the Blues and Royals who provided brilliant entertainment. Close on 300 choristers reached the culmination of almost 12 months of rehearsals and the joint choir and band items demonstrated how two sets of dedicated performers can produce superb music together. Share moments of sheer magic, joyfulness and poignancy. Recorded live at the Royal Concert Hall, Nottingham.

Save this product for later