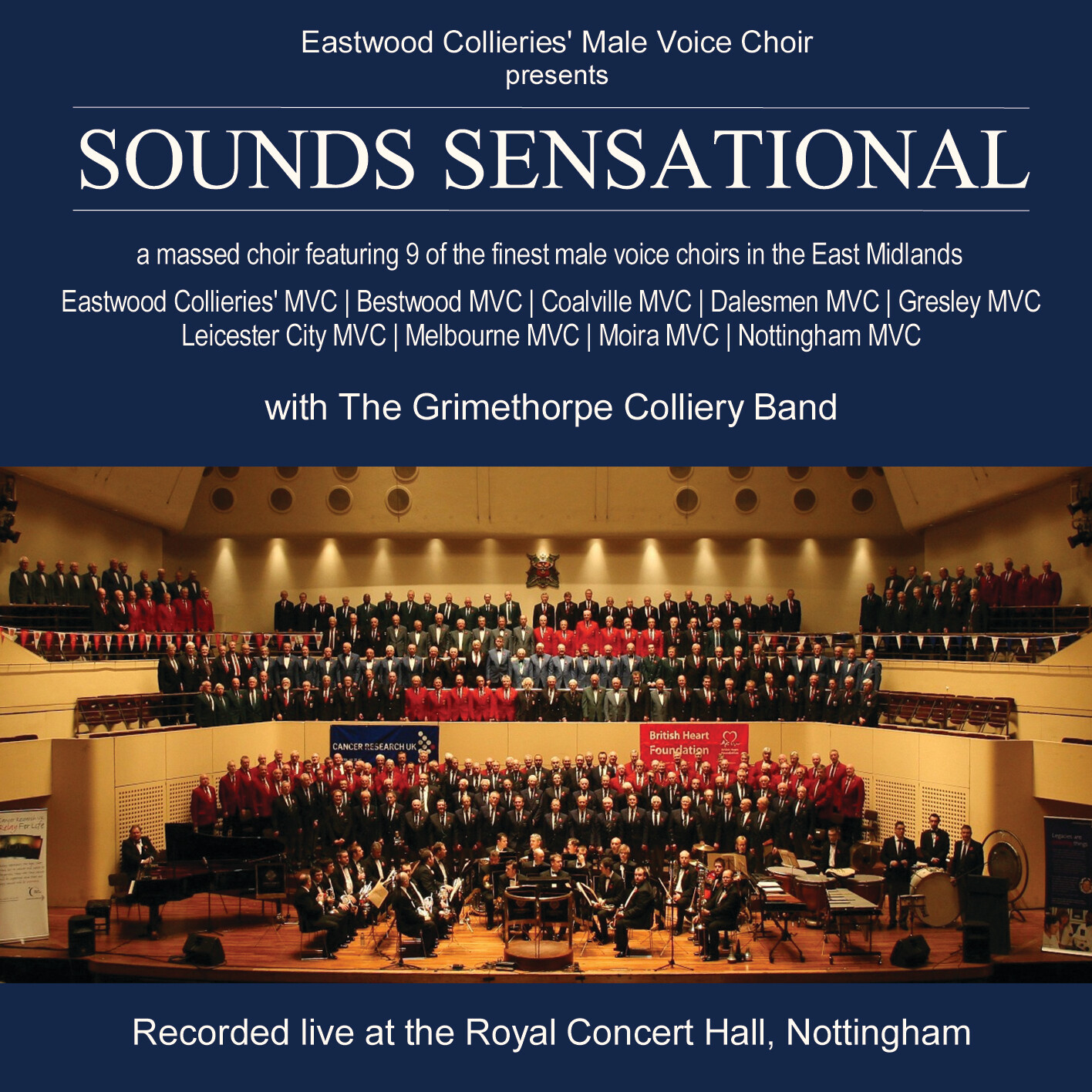 SKU ECMVC0801
£4.00
In stock
1
Product Details
Saturday 1st November 2008 and close on 300 choristers, from nine of the finest male voice choirs in the East Midlands, formed a massed choir and took to the stage in front of a capacity audience at the Royal Concert Hall in Nottingham. The massed choir shared the stage with the world-famous Grimethorpe Colliery Band and the whole evening was compered by Dominic Heale, from BBC East Midlands Today. If you were there, then it is hoped that this recording will evoke some happy memories of a wonderful evening. If you weren’t – then just enjoy the music!

Many months of hard work were spent preparing for the event. In particular, the choirs spent countless hours rehearsing during their normal practice nights and at monthly joint rehearsal sessions. Grateful thanks are extended to all choristers, musical directors and accompanists for their efforts. Recorded live at the Royal Concert Hall, Nottingham.

Save this product for later